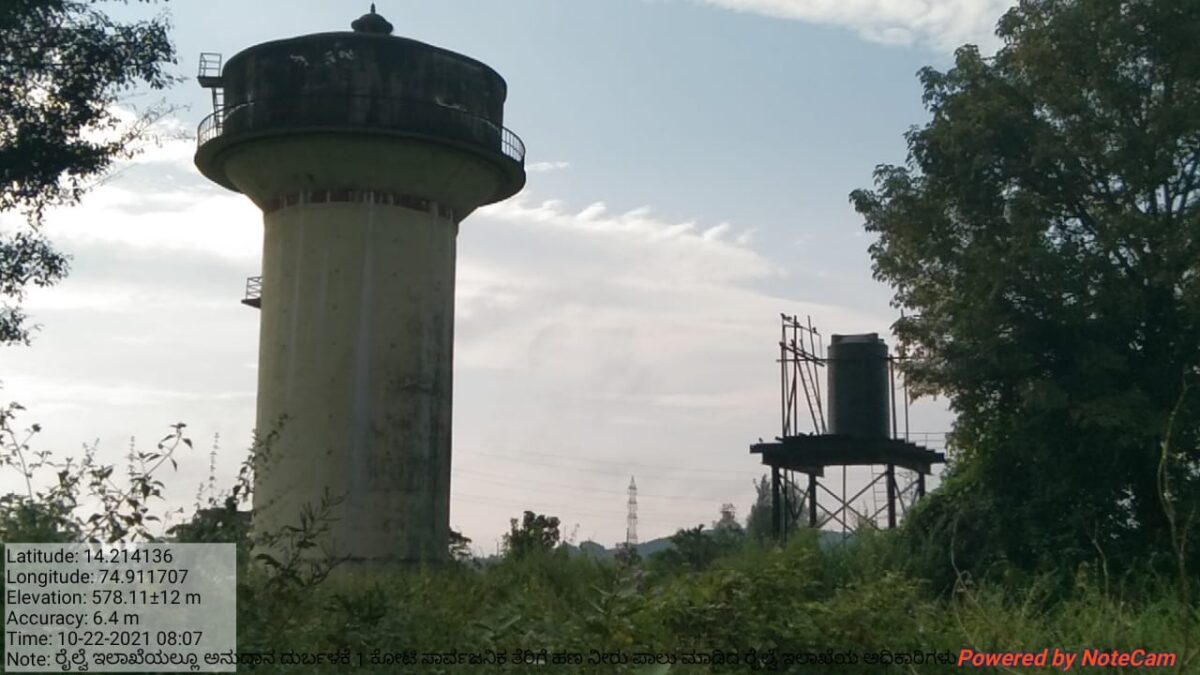 In Karnataka state, Shivamogga District, Sagar Taluk, Talaguppa Railway Station, RCC Over Head Water Storage Tank has been constructed for refilling water to railway coaches and for cleaning coaches & railway platform including staff resting / residing rooms with an approximate cost of Rs. 1 Crore. This RCC Over Head Water Storage Tank is not in use from last Ten Years of construction as it cannot hold a single drop of water due to water leakage.

Now the constitution of defective RCC Over Head Water Storage Tank is making a huge noice between general public as Railway Department which is under Central Government. So, people’s are demanding an inquiry from concerned Senior Departmental Railway Officer and to penalized corrupt railway officers who are involved in approving such defective project and black list respective contractor.